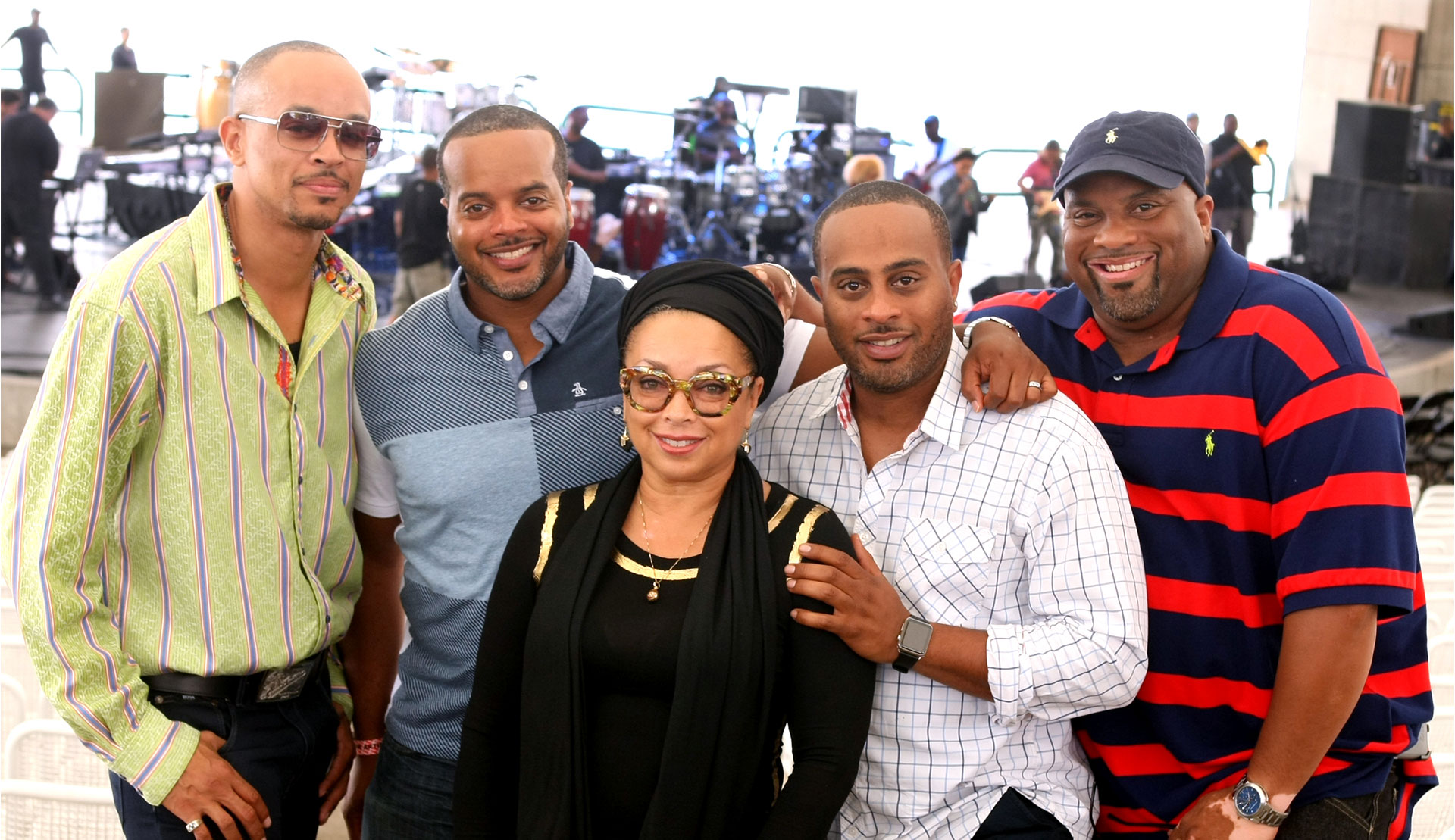 In the early 1980s, Coleman A. Young, then-mayor of Detroit had a vision. He pictured the city of Detroit building an amphitheater along the riverfront near downtown. Young wanted a venue for Detroiters that would rival Pine Knob, a hot-spot entertainment amphitheater, located about 30 miles north of the city. Pine Knob is now called DTE Energy Music Theatre.

Realizing that such a venue would be vital to the redevelopment of the city’s waterfront, Young worked feverously with then-President Jimmy Carter’s administration to purchase three parcels of land on the riverfront that had historically been used for shipping, docking and other mixed industrial endeavors.

Chene Park was the first of the three parcels of land to be developed. It was named for Charles Chene, a French immigrant who owned a strip of land along the shores of the Detroit River that extended into what is now just east of downtown.

“The mayor determined that Detroiters lacked access to our riverfront, which at the time was largely industrial,” said Shahida Mausi, president of The Right Productions, which manages and operates Chene Park Amphitheatre. “Hart Plaza and The Renaissance Center had been built, but he envisioned the redevelopment of the riverfront stretching from the Ambassador Bridge to the MacArthur Bridge (Belle Isle Bridge).”

Thus, in the late spring of 1985, under the auspices of the City of Detroit Recreation Department, Chene Park Amphitheatre opened, which at the time was only a stage and hill. “I was given the opportunity to do the programming for Chene Park for the venue’s first three years,” recalled Mausi, who at the time was director of the City of Detroit Council of the Arts. “I established the venue’s ‘Wednesday Night Jazz Series,’ which continues today and features many top national and international artists.”

“Carmen was a major star, but we booked her and it rained,” Mausi recalled. “She had required a Steinway piano. I didn’t know whether to put that Steinway on the stage or not because it was raining. Ultimately, 6,000 people came out in the rain. They sat with umbrellas on that wet hill to see Carmen perform. All of a sudden, the skies dried up and we put that Steinway on the stage. It was a magnificent evening of music. Mayor Young took notice and felt that Chene Park had great potential. He made decisions to make improvements to the venue, which meant building it out.”

Today, the City of Detroit-owned Chene Park Amphitheatre seats 5,000 people, with the capability to seat an additional 1,000 on the hill behind the seating area. Located at 2600 Atwater St. (corner of Chene St.), Chene Park is one of the top 100 amphitheaters in the world, according to the Pollstar, the world’s most authoritative trade publication that covers the worldwide concert industry.

Mausi said there are many reasons why Chene Park Amphitheater is one of the top outdoor venues in the world. “Geographically, we sit on an international waterway,” Mausi said. “When the audience attend shows here, they see Canada as a backdrop. There is also the beautiful Detroit downtown skyline to the west. Ultimately, however, it’s the rapport and relationship and interplay between the artists and the audience that make the Chene Park experience so incredible. The design of the seating also makes it very intimate. The stage is very close to the audience.”

In addition to concerts, Chene Park has been a unique place for high school graduations, weddings, white parties, as well as community, corporate and private events and health fairs. Additional, Chene Park has been the host venue for Detroit’s Race for the Cure, the Universal Soul Circus (on venue’s grounds), auditions for the “Wheel of Fortune” game show, harvest festivals around Halloween, and author/spiritual speaker Deepak Chopra.

“I could not have accomplished what has been done at Chene Park without my family,” said Shahida Mausi. “It’s a total family effort. We form and work as a great team.”

“It takes a lot of work to manage and operate Chene Park and its many events,” Sulaiman Mausi added. “However, every time we hear the audiences positively respond to the shows and express their joy, those become special moments of delight for us.”

A native Detroiter, Shahida Mausi grew up on the city’s west side. She attended Cass Tech, but moved to North Carolina to finish high school. Growing up, her mother made sure that she was culturally aware and always involved in the arts, which included dance, music, theater, visual arts, and literature. Mausi’s father was a noted CPA whose business acumen rubbed off on her.

Mausi began producing shows while a student at the University of Detroit, where she earned a degree in political science and communications. The first show that she produced while in college was a tribute to playwright and native Detroiter, Ron Milner. Following college, Mausi produced educational and entertainment programs for the Detroit Public Library’s 26 branches, before heading the City’s Council of the Arts.

While acknowledging and celebrating the 30-year milestone of Chene Park Amphitheatre are important, Mausi and The Right Productions are looking forward to taking the venue to new and greater levels. “Chene Park has a strong legacy and track record as an economic engine for this community and the city,” said Sulaiman Mausi. “We plan to continue to do good things at Chene Park Amphitheatre that will impact the city and the residents of Detroit for a long time to come.”

“We really want to thank the community for supporting Chene Park for 30 years,” said Rashid Mausi. “Without the community and its support, there would not be a successful Chene Park. “We continue to believe in Detroit and its great comeback story. We also believe that Chene Park will continue to evolve and will always be a viable part of the city’s bright future.”

“I’ve been all over the country, but I’ve never experienced concerts like the ones at Chene Park,” said Detroiter La Jondra Cleveland, who said she has attended shows at Chene Park for at least 20 years. “Every seat is a great seat, and the atmosphere on those summer nights on the Detroit riverfront while watching the shows with Canada as a backdrop are special. Chene Park is a world-class jewel that all Detroiters should be proud of.”